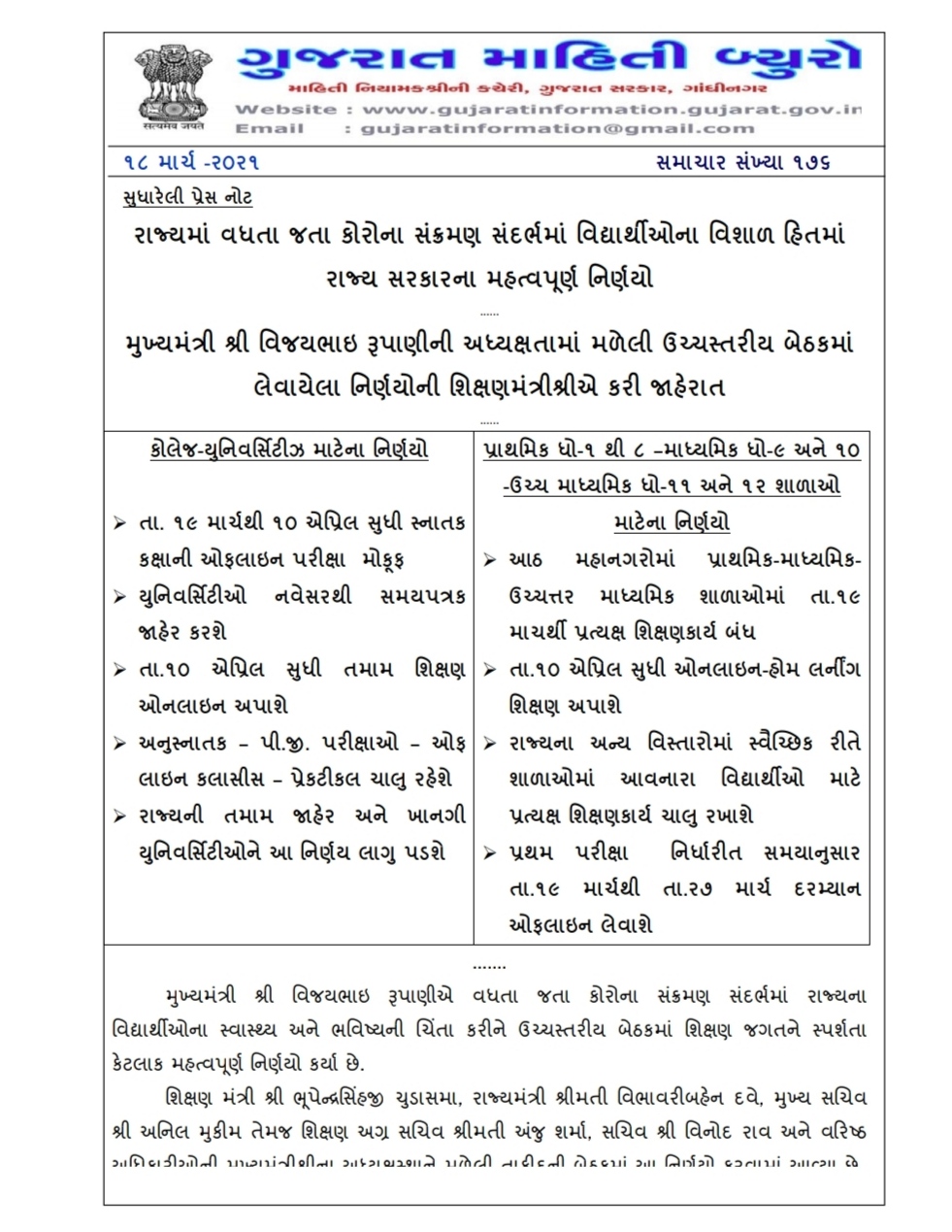 Chief Minister Shri Vijaybhai Rupani has taken some important decisions touching the world of education in a high level meeting with concern over the health and future of the students of the state in the context of increasing Koro transition.  Minister of Education Shri Bhupendrasinhji Chudasama, Minister of State Smt. Vibhavaribahen Dave, Chief Secretary Shri Anil Mukim as well as Principal Secretary for Education Smt.  Education Minister Shri Bhupendrasinh Chudasama gave detailed information about these decisions.  Regarding these decisions, the Education Minister said that considering the situation of Corona in the state, as a precautionary measure, eight Municipal Corporations namely Ahmedabad, Vadodara, Rajkot, Surat, Bhavnagar, 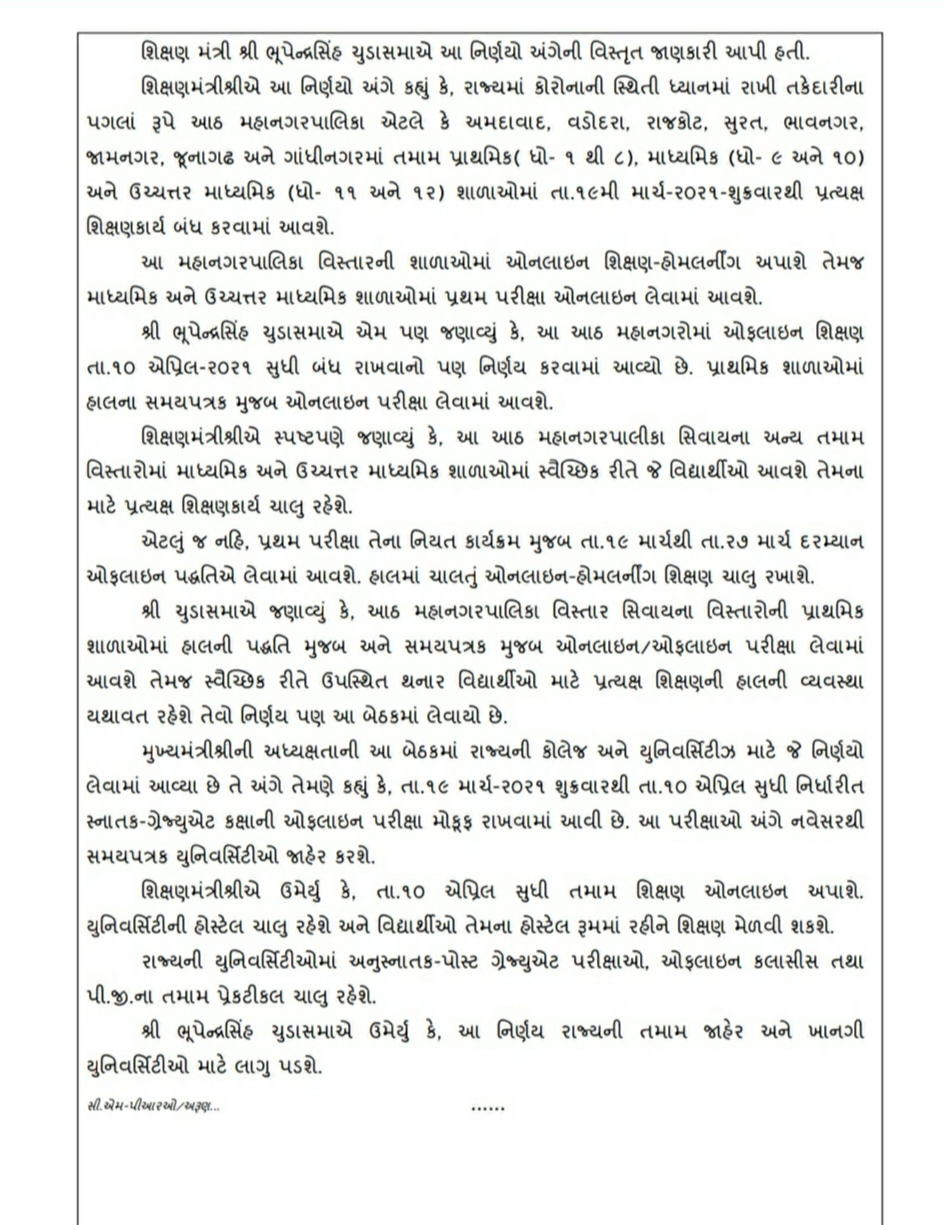 Live in all primary (Std. 1 to 8), secondary (Std. 9 and 10) and higher secondary (Std. 11 and 12) schools in Jamnagar, Junagadh and Gandhinagar from 15th March - 2021 - Friday.  Education will be closed.  Online education - homework will be provided in the schools of this municipal area as well as the first examination will be taken online in the secondary and higher secondary schools.  Shri Bhupendrasinh Chudasama also said that it has been decided to keep offline education in these eight metros till April 10, 2021.  The online examination will be conducted in the primary schools as per the present schedule. The Minister of Education has clearly stated that in all the other areas except these eight Municipal Corporations, the direct teaching work will continue for the students who come to the secondary and higher secondary schools voluntarily.  As per March 17 to March 29  Will be taken offline.  Ongoing online home-based education will continue.  Mr. Chudasama said that the primary of areas other than eight municipal areas  It was also decided in the meeting that online / offline examinations would be conducted in the schools as per the existing system and schedule as well as the existing system of direct education for the students appearing voluntarily would remain the same.  Regarding the decisions taken for the colleges and universities of the state in this meeting chaired by the Chief Minister, he said that the offline examination of graduate-graduate level scheduled from Friday, March 15, 2021 to April 10, has been postponed.  Universities will announce a new timetable for these examinations.  The Education Minister added that all education will be provided online till April 10.  The university hostel will continue and students will be able to get education by staying in their hostel room.  All the practicals of postgraduate-postgraduate examinations, offline classes and PG will continue in the state universities.  Shri Bhupendrasinh Chudasama added that this decision will be applicable to all public and private universities in the state.
Press note Click Here to view