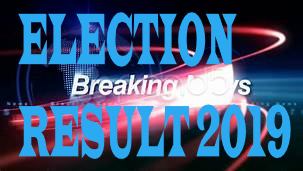 VOTER HELPLINE
LokSabha Election
Voter in ' other category' in the Loksabha election 2019 .There are Transgender persons enrol in the electoral rolls as ' Others' on the Gender Category . This time for lok sabha  election 2019, the number of electoral enrolled as ' others ' gender is 38,325.

LOLSABHA LIVE ELECTION RESULT WILL BE SHORTLY ON 23rd May 2019.
ECI :--OFFICIAL WEBSITE